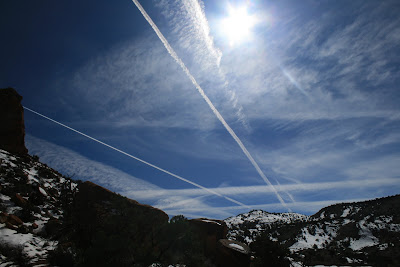 This holy week I am pondering a new understanding of witness.  We have been studying Ayurvedic practice and massage all week.  It is a messy business.  Lots of oil (specifically sesame oil) and cooking it with rose petals and indian powders with medicinal qualities.  In ayurvedic tradition, all food is medicine.  Meat is eaten, but taken in small amounts as medicine.  The same is true for them of the milk I casually stir into my coffee each morning.  Food is eaten as according to ones constitution (a rough rough translation of ‘dosha’)  The seasons must be taken into account — both those of the body, the life cycle, and the earth’s revolutions.

In Ayurvedic tradition, we were introduced to a lot of impressions of meditations.  Our teacher said, “a lot of people confuse happiness with overstimuli”.  This is ringing true for me.  She also said that meditation is a lot about witness.  Not judgment.  not changing.  Just witnessing. Usually I hear people talk about ‘paying attention’.  But the word witness is striking a firmer chord in my spirit of late.

This afternoon the Jehovah’s witnesses made a second pass by our apartment.  They remembered Allen and asked about his skiing and photography.  That is one kind of witness.  Another is the witness at the altar after a particularly ‘convicting’ sermon, also often called ‘testifying’.  There is ‘bearing witness’.

The witness I am feeling is a sitting with, a listening, an opening.  It takes nothing from me, it neither empties nor fills, but is rather a simplicity of is-ness. Utah put me towards this path.  There is no changing the patterns of canyons created by tectonic plate shifts and centuries of weathering.  There is no judging it, even naming it.  I can barely breathe it all in. 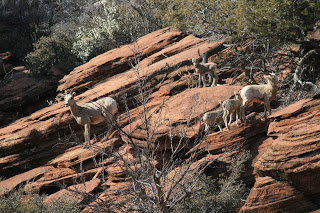 We drove and we hiked miles each day.  We watched informational videos.  I learned that trails in Utah are not well cleared paths. Each day brought its own particular challenge.  In Zion we hiked Sand Bench. I imagined this meant a natural phenomenon that looked like a resting spot created from sandstone.  Instead it meant a 2 mile loop of sand dune like earth.  (Allen was kind enough to spare me the humiliation of photographs, so here is a shot of the goats we found in Zion National Park on our first evening there). In Bryce we found 7 feet of snow through which we were able to hike about seven miles. I must say it was the most magical marshmallow world I’ve ever seen.

By the time we reached Capitol Reef the snow had melted and Utah mud is like nothing I’ve ever encountered.  We now know from whence concrete comes.  I will not detail the boot brushing endeavor which involved spring water in 40 degree temperatures and a toothbrush, lest my reader feel prompted to term this a Princess Diary.

In the triumphant moment pictured to the right, I believed we had conquered our 3 mile hike and were cruising to the parking lot.  I very soon after learned we were still a mile out.  We ultimately paced one mile per hour in muck.  When telling our hiking tale of Capitol Reef, Allen starts this tale by saying, “have you ever spent much time in a pig sty?”

In fairness, here is another picture of Capitol Reef: Arches National Park is full of arches that have collapsed, so bouldering is a common requirement on trails.  Canyonlands presented steep angled rock face and extreme wind. 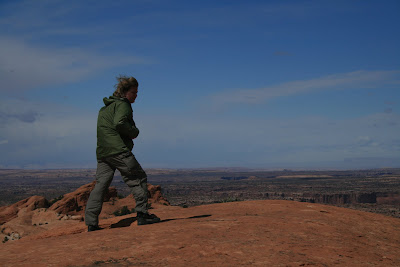 Meanwhile Allen was cruising up the hills, across the rock face, through the muck, down the boulders all the while carrying the camera, the lenses, and the positive attitude. I started my practice of witness in Utah.  I am still very new to it.  Last weekend I attended a workshop on spirituality.  It used different vocabulary than I have been used to using.  Therefore, it opened up the conversation for me.  I had forgotten how words have a certain power to them, and how we can allow them to diminish in meaning or become misconstrued over time.  Words like ‘witness’, which has come to be used by traditions that are not about noticing, but rather about informing.  That seem to be to be more insistent than inquisitive and more judgmental than invitational.  Here are other words that come to mind this season: Ayurvedic tradition and Shiatsu are both about balance.  Shiatsu is a Japanese form of massage that was based upon the study by Japanese of Chinese traditional medicine.  In both, the intention brought to the work is not ‘relief’ or ‘a fix’ or ‘relaxation.  It is instead to bring balance.  To strengthen what is weak and to loosen what is constricted so that energy and healing can flow freely.  In order to do this work, we must learn to listen with our hands and our bodies.  We were taught that it will bring greater balance and more lasting health if we can strengthen what is weak and allow that strength to draw the tension down instead of trying to manipulate the tension toward relaxation.

In western massage, we learn neuromuscular therapy which involved taking elbows to the knots in one’s back.  This feels GREAT.  And as I am very beginner at this right now, this is what the knots do when I approach with my enthusiastic and vigorous attack:  Scatter!

It’s as if they see me as the buffalo I snapped while in Torrey, Utah.  I must pause with my theoreticals to tell you a story.  Torrey, Utah is a 45 minute drive from Bryce Canyon.  We did not see a single car or form of life on that drive.  We only saw this:

We stayed at a friendly lodge.  We were told that the Red River which was through this property was the Fremont River, but they called it the red river at the lodge because it turned red right there.  This was also the town where we ate pickle pie and pinto bean pie.  These were desserts.  A lesser tourist might consider they lacked either ingredients or entertainment.  But they were both rather tasty.  Sort of a pumpkin pie with green flecks.  As it was St. Patrick’s day this all seemed apropos.  Our host at the lodge also allowed as how this buffalo was pregnant. She didn’t care for tourists and she charged me to the point of the barbed wire.  “The owner wants to destroy her, but she keeps throwing calves so I encouraged them to keep her around.  She’s known as BB.  That used to mean Busy Bee but now it means Big B….. Utah is Mormon country.  The restaurants remind me of Howard Johnsons in the 1970s with more sparse decoration.  Alcohol laws are very strict and very largely posted.  There is also a palpable sense of morality.  I do not mean moralism. I mean morality. Upright living.  A purity and innocence one imagines of old time hard working folk.  I have no idea what it is really like.  It just made me wistful for the world I imagined in childhood where people worked hard, loved well, made a positive difference, and relished contentment. 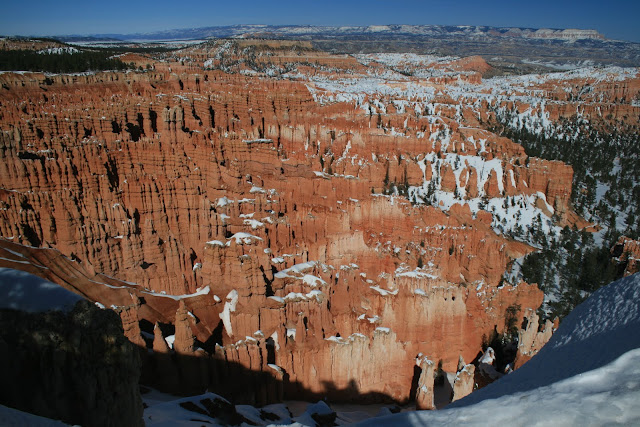 Now I see myself twirling about in a world where perhaps happiness is confused with overstimuli and much sitting has nothing to do with witness.

Even so, I am hearing more and more out here in Arizona the hopeful plea that we humans, those who walk in beauty are on the whole, more interested in spirit and more engaged in deep reflection.  I am hearing stories of people who are making a difference one garden at a time.  Some are slowing down, lightening their load, integrating and balancing.  I aim to find teachers and guides who will support such a journey. 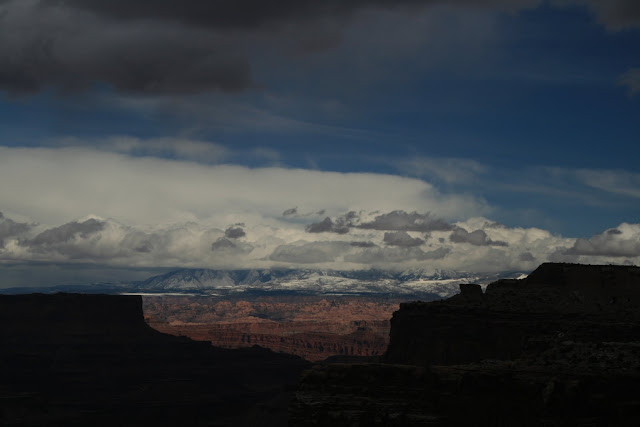 A friend of mine headed to law school at age 50.  She is going to make a difference in capital punishment law. She recently shared with me that law school was not especially nourishing, but she was the product of a lot of nurturing community and so it was bearable.  It brought to mind my good fortune to also come from much nourishment, to have been given much sustenance.  It brought to mind many who have not.  I am beginning to feel enough rested to want to balance that equation a bit more in the world.

As I ponder a new understanding of witness this Holy Week, I feel a bit of fire within to find stillness, to relish simplicity, to quiet toward happiness… and then.  And then to rise up and become engaged in this amazing, dramatic, ever changing world and marvel and what may come.